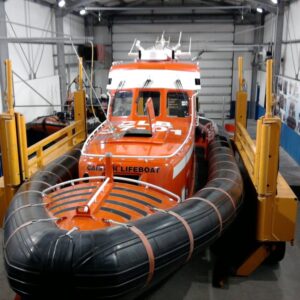 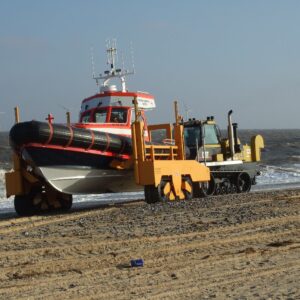 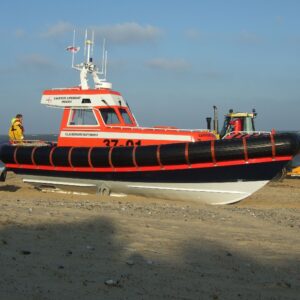 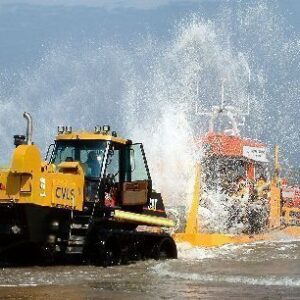 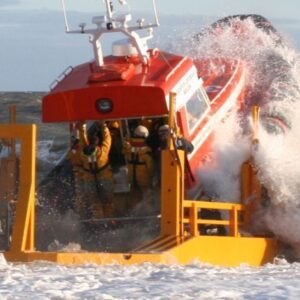 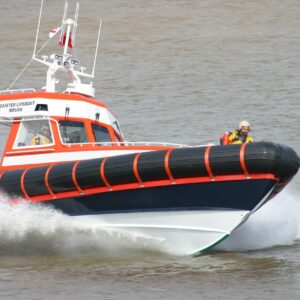 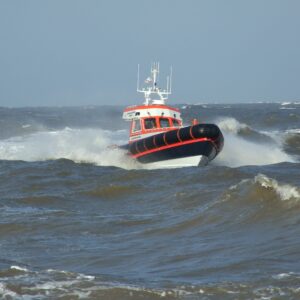 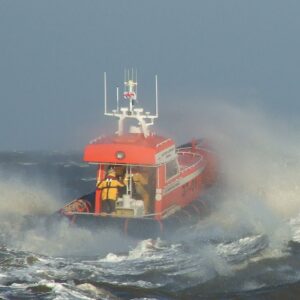 The Dutch built Valentijn, which slashed response times by more than half, replaced The Bernard Matthews lifeboat, which had been going to the rescue of seafarers off the coast of Great Yarmouth for 12 years.
Coxswain Paul Willams put the boat through its paces during three days of trials in Holland. He said: “The handling capability during the sea tests was superb, everything I asked it to do it did. “At one stage I had 50 people on board and the boat still remained very stable.”

The Bernard Matthews II uses steerable water jets from twin engines instead of propellers and rudders, so as well as its speed it will also have the advantage of being more manoeuvrable. By 2005, all lifeboats had to be capable of doing speeds of 27 knots. As the Bernard Matthews could only get up to 16 knots, the lifeboat crew and committee decided to move and opt for a 10-ton jet-propelled boat that can travel up to speeds of 37 knots.

The VALENTIJN can rescue up to 50 people and has shown her worth and ability in the dangerous seas around The Netherlands. In 2000 the design was modified; by making the boats slightly longer, a larger work deck at the stern was created and the wheelhouse provides more comfort to the crew. But the most significant difference with the old version is that the VALENTIJN 2000 class is fully self-righting.