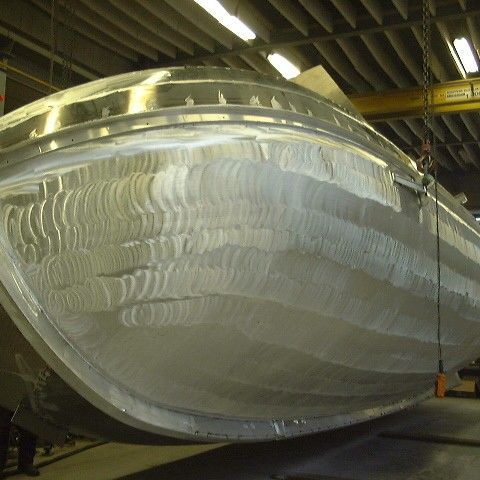 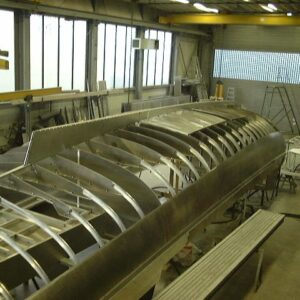 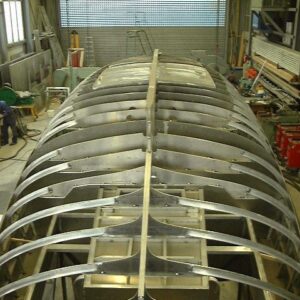 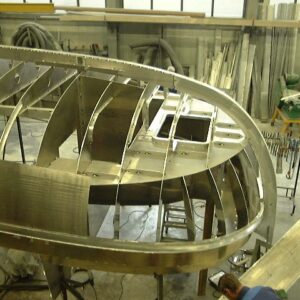 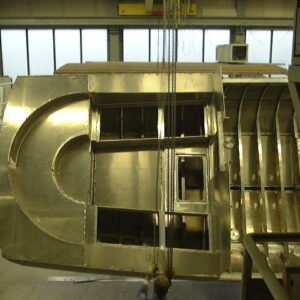 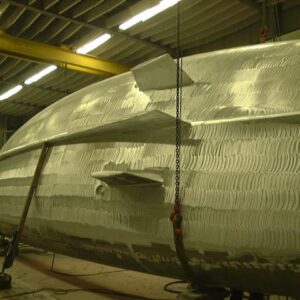 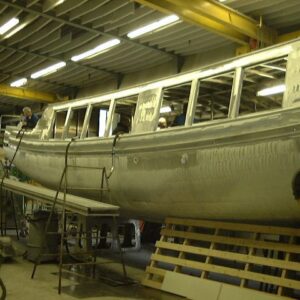 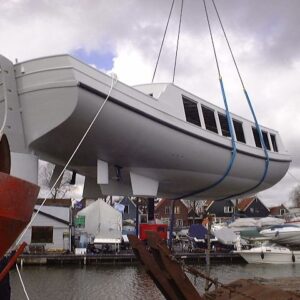 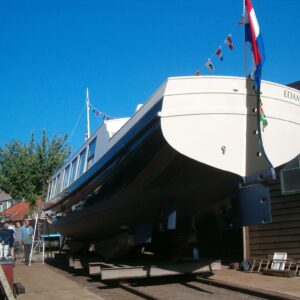 Holland is wet!  And up until the early 1900’s, the “trekschuit”, a shallow drafted barge with a covered cabin, was one of the most reliable methods of transport along the canals and waterways that linked the towns, villages and cities of North Holland.

These vessels were built to different standards of luxury with the most elaborate being the “Heerenjachten”; vessels built for Gentlemen and so HABBEKÉ SHIPYARD recently commissioned John Jansen Design to design a modern version of this luxurious vessel.  She had to be shallow drafted to allow her to travel the smaller inland waterways, with a squat format to allow her under the many bridges that now cross this environment.  Furthermore, she has to provide comfortable living for between 2-6 people in well-appointed conditions and reach an environmentally friendly 7 knots.

The result is a modern version of the boats that were pulled or poled along, fitted today with a diesel-double-electric motor system.  The vessel has been built to offer the occupants luxury and ease-of-use and is currently being offered in a series of different deck and interior layouts.