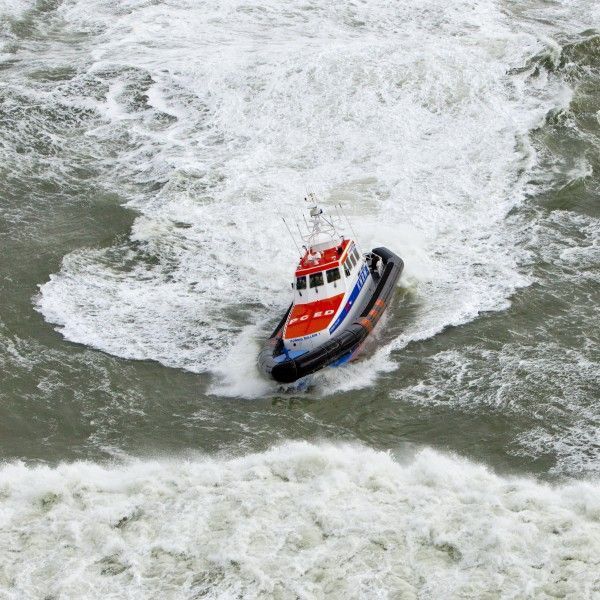 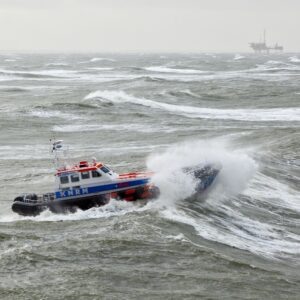 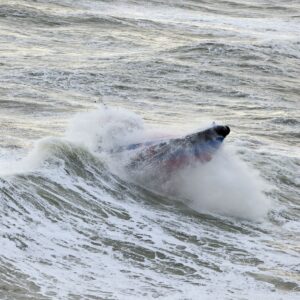 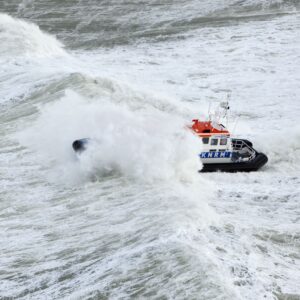 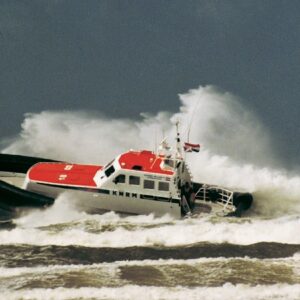 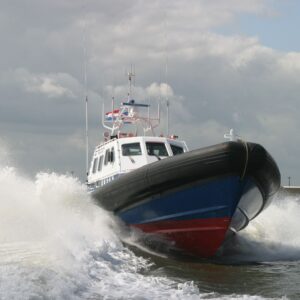 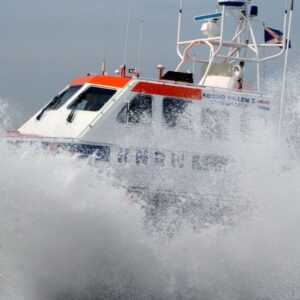 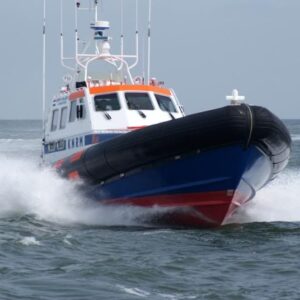 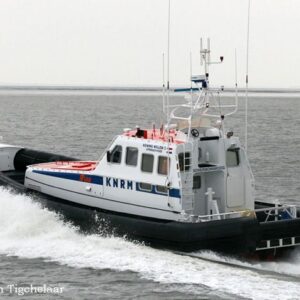 The ARIE VISSER class is an all-weather vessel that can sail under any circumstances. In years when the KNRM gained experience with the larger RIBs, showed that the radius of action of this class was too limited. It was therefore decided to build a greater variation of Johannes Frederik, the Arie Visser class. The Arie Visser has a total fuel capacity of 6100 liters, the boat provides a range of sixteen hours at full power. The fuel is spread over four tanks. The boat has a length of 18.80 meters, the largest of this type lifeboat ‘Rigid Hull Inflatable Boat (RHIB)’ in the world. The vessel is self-aligning in the event of capsizing. The boat is used under all weather conditions. On board is the most modern communication and navigation equipment installed. Include radar, satellite navigation, videoplotter, VHF, Navtex, mobile phone and mobile phone. Around the boat is a Pre-wetting system installed that the boat in a water mist shrouds to withstand heat in case of emergency at a burning ship. The boat is equipped with a small fire extinguisher system. Lifeboat type Arie Visser could take 120 rescued aboard.

Queen Beatrix christened the lifeboat King William I on November 11, 1999  The baptism took place during the official anniversary celebration of the 175th anniversary of the KNRM.

HABBEKÉ SHIPYARD has built  these larger variants of the RIB lifeboat drawn up by the architects Willem de Vries Lentsch in association with the KNRM http://www.knrm.nl/