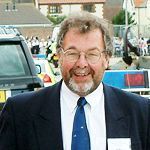 “In 2004, members of the Project Committee of Caister Lifeboat Service in the UK began to explore the replacement of its existing lifeboat. After thorough research and many personal discussions, the team reached a unanimous decision to purchase a Valentijn 2000 built by Habbeké.

Throughout the contract negotiations and the period of construction it became obvious to all concerned within the Caister team that Arie de Waart and his loyal team of employees were not only first class craftsmen who take an immense pride in their work but they are also people whom you can trust implicitly. This enabled carrying out business with them a pleasure, and continued with their after sales service.

We would have no reservation in recommending Habbeké shipyard of Volendam to any perspective client.”